Battle of the Bridge

Battle of the Bridge
2nd longest Running Football Rivalry in the State of Tennessee
(Updated 8-27-22)
The Loudon High School Redskins started playing football against the Lenoir City High School Panthers in 1923. It is the second longest running sports rivalry in the State of Tennessee. The only time Loudon did not play against Lenoir City was during World War II (1942-1946)  Scroll down to read more..
Battle of the Bridge Food Drive to support the Good Samaritan Center of Loudon Co. 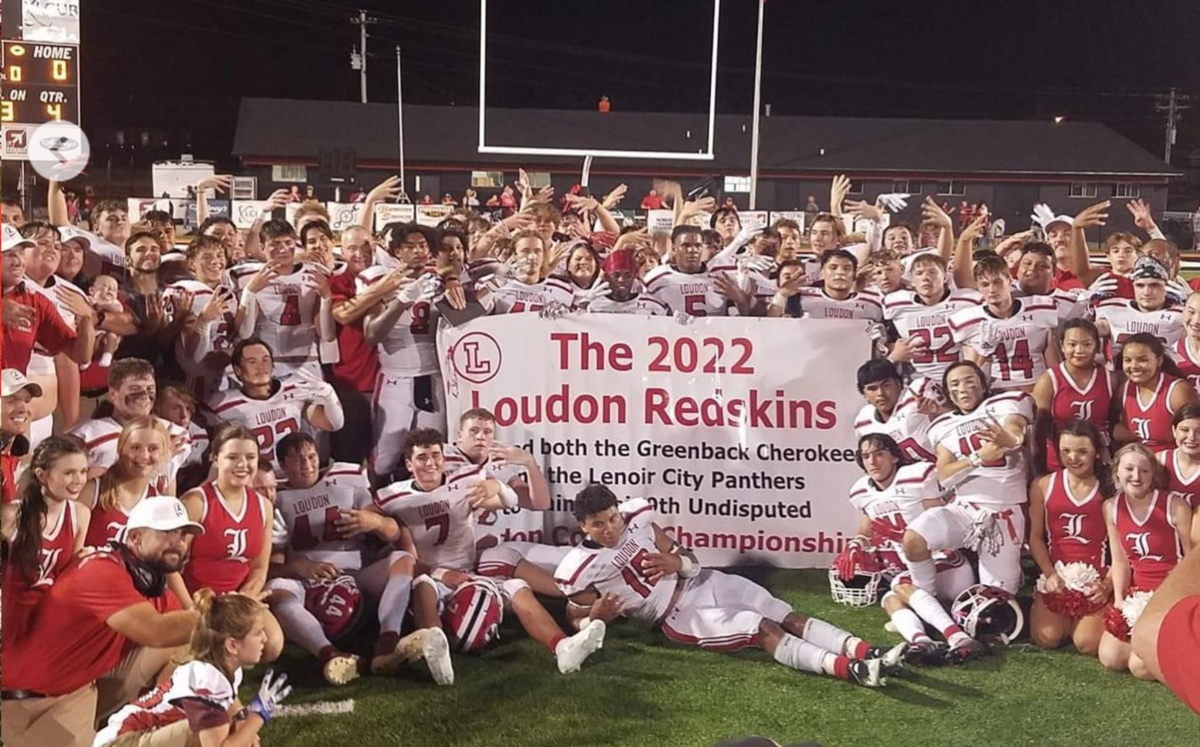 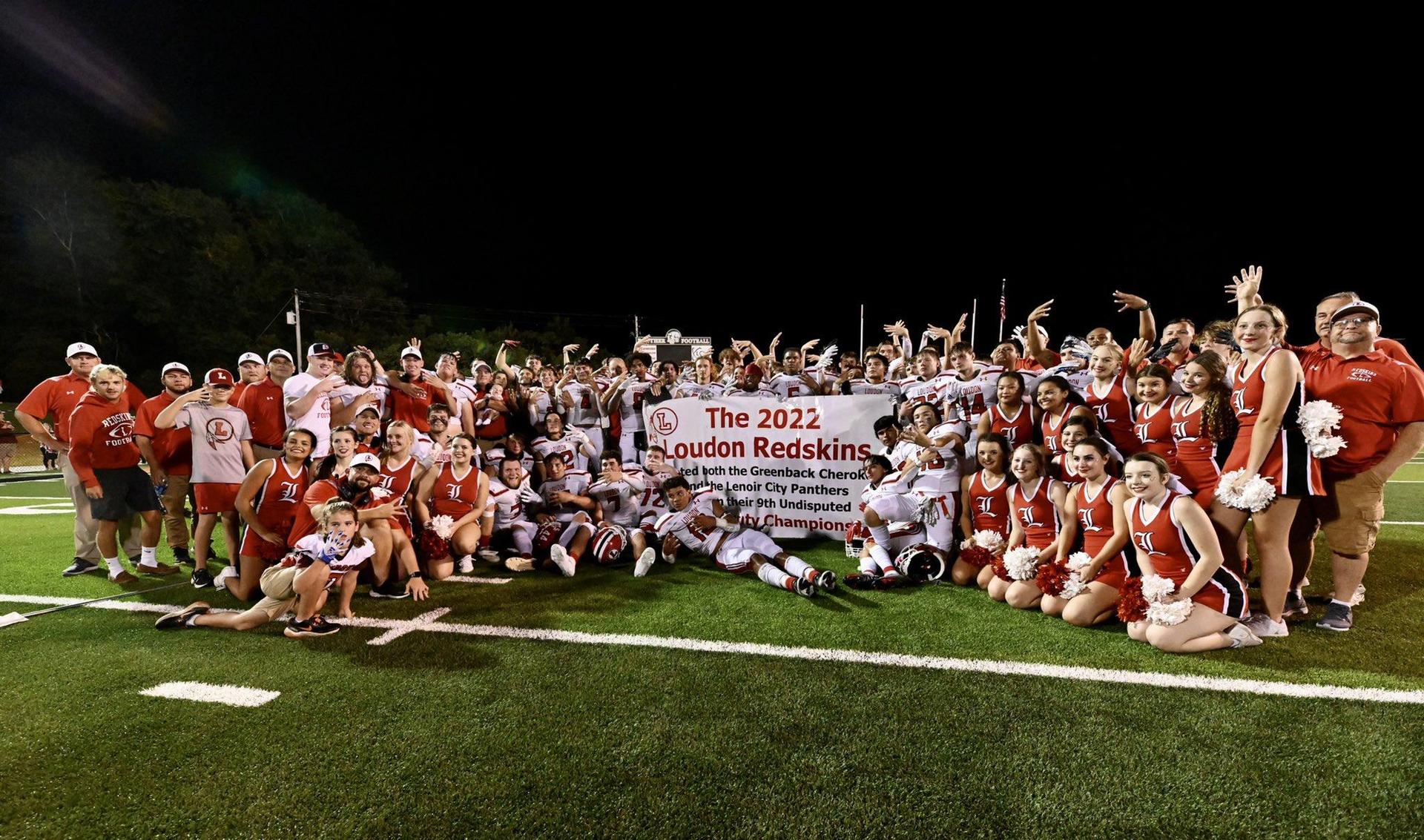 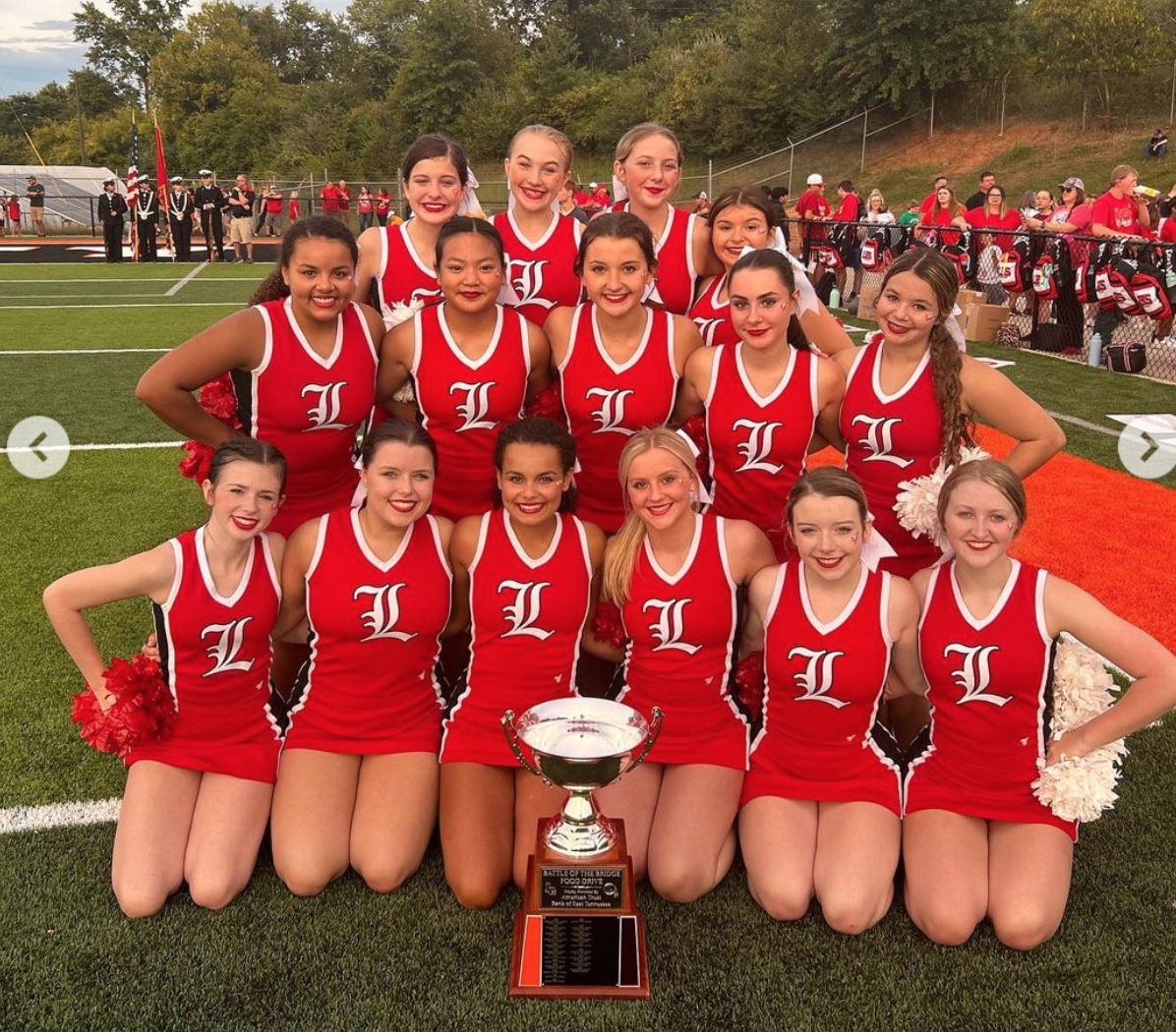 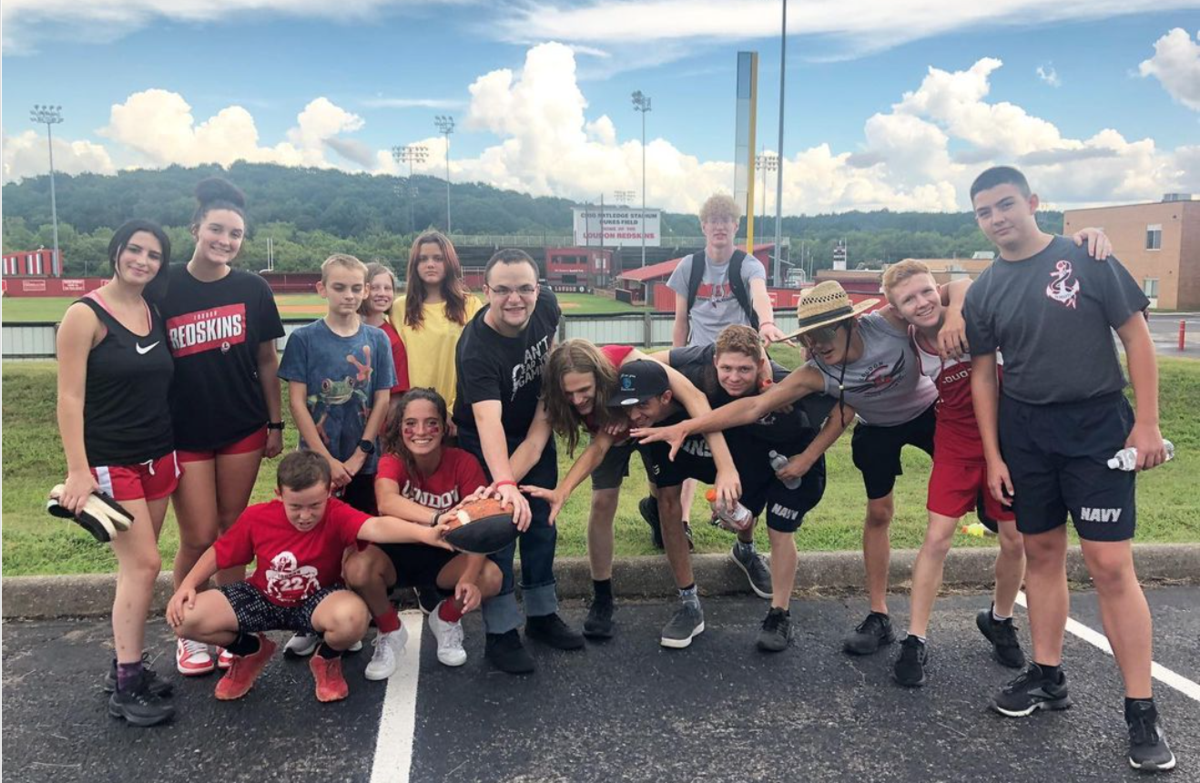 Battle of the Bridge Runners to LC Stadium 2022 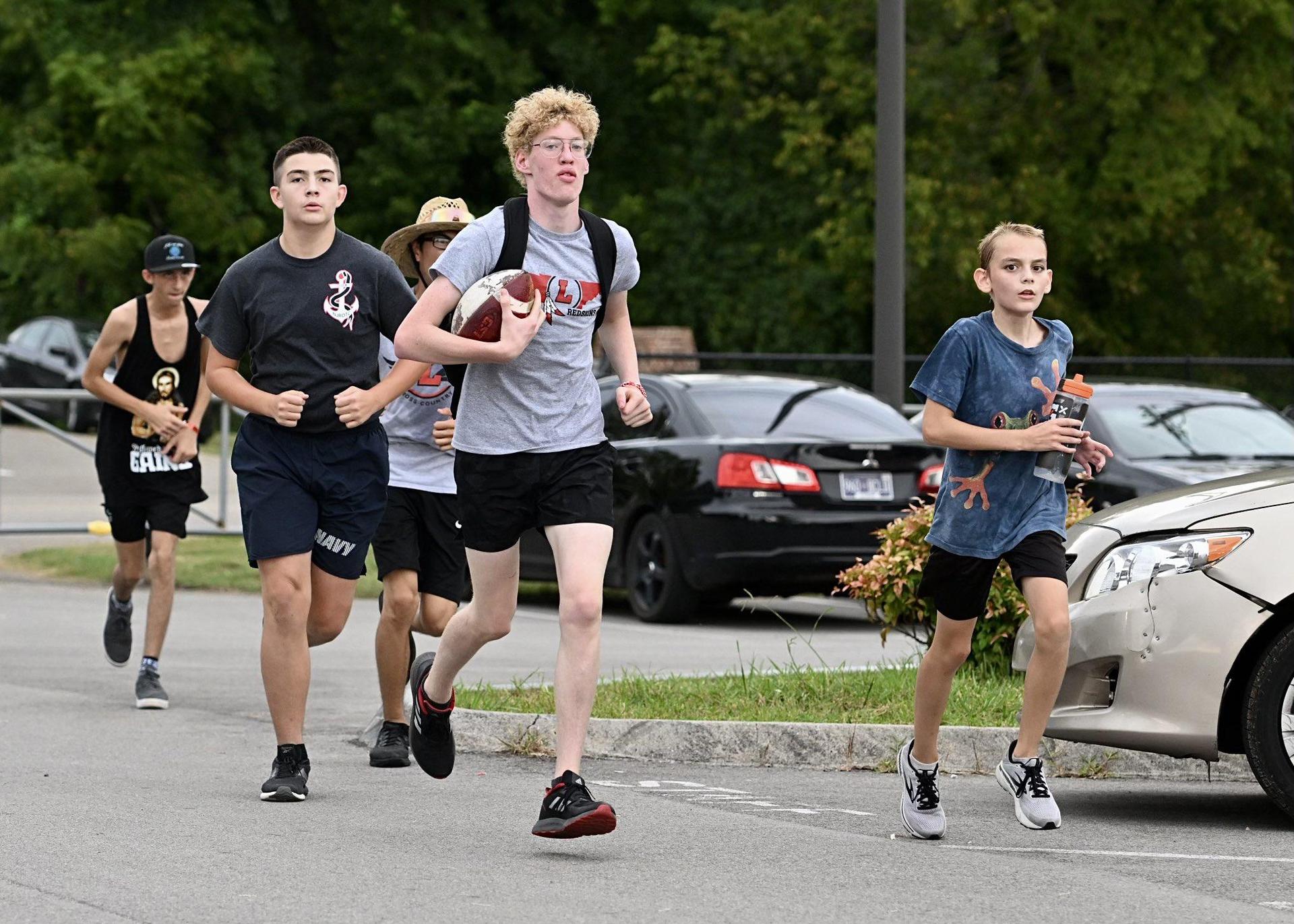 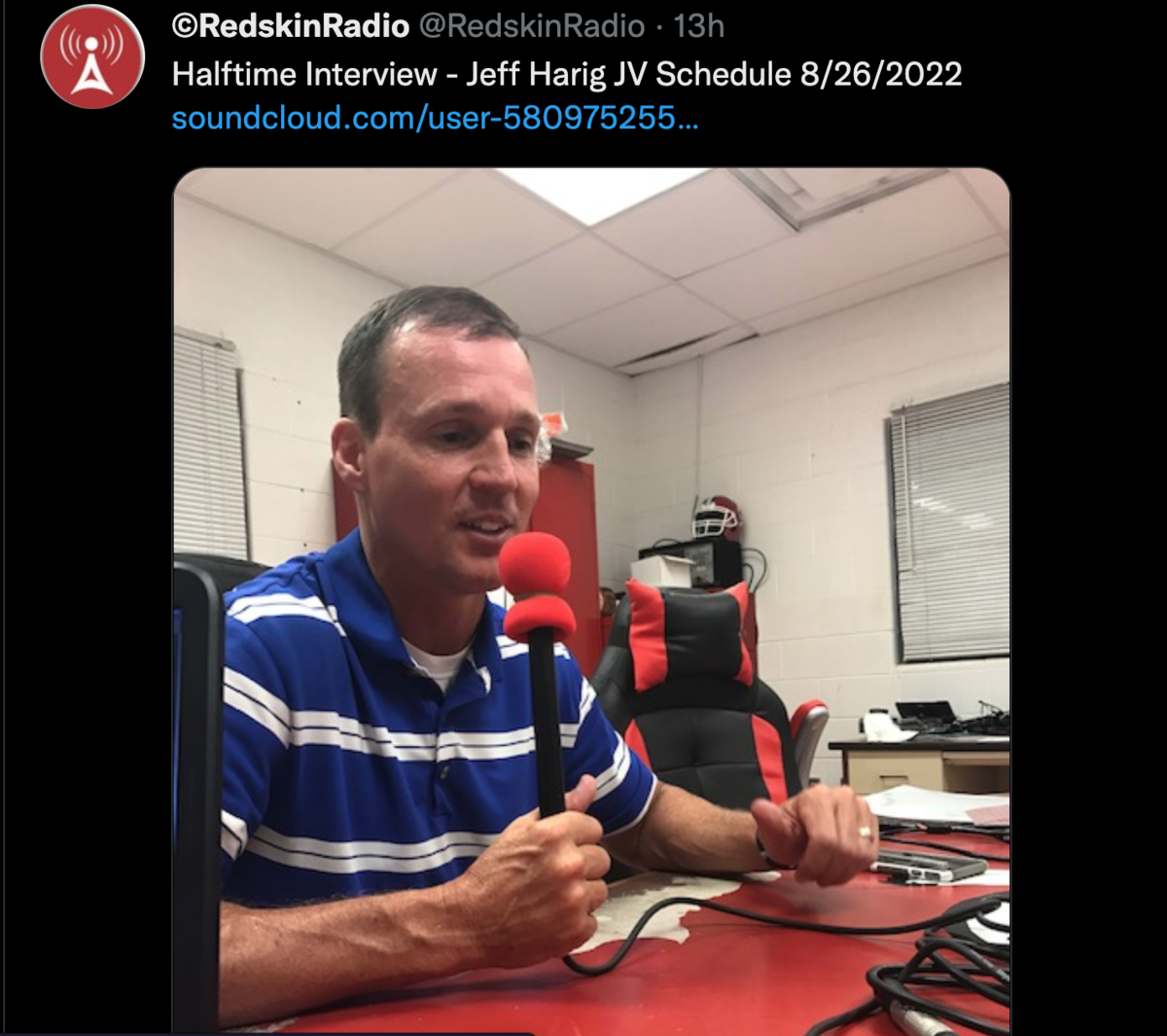 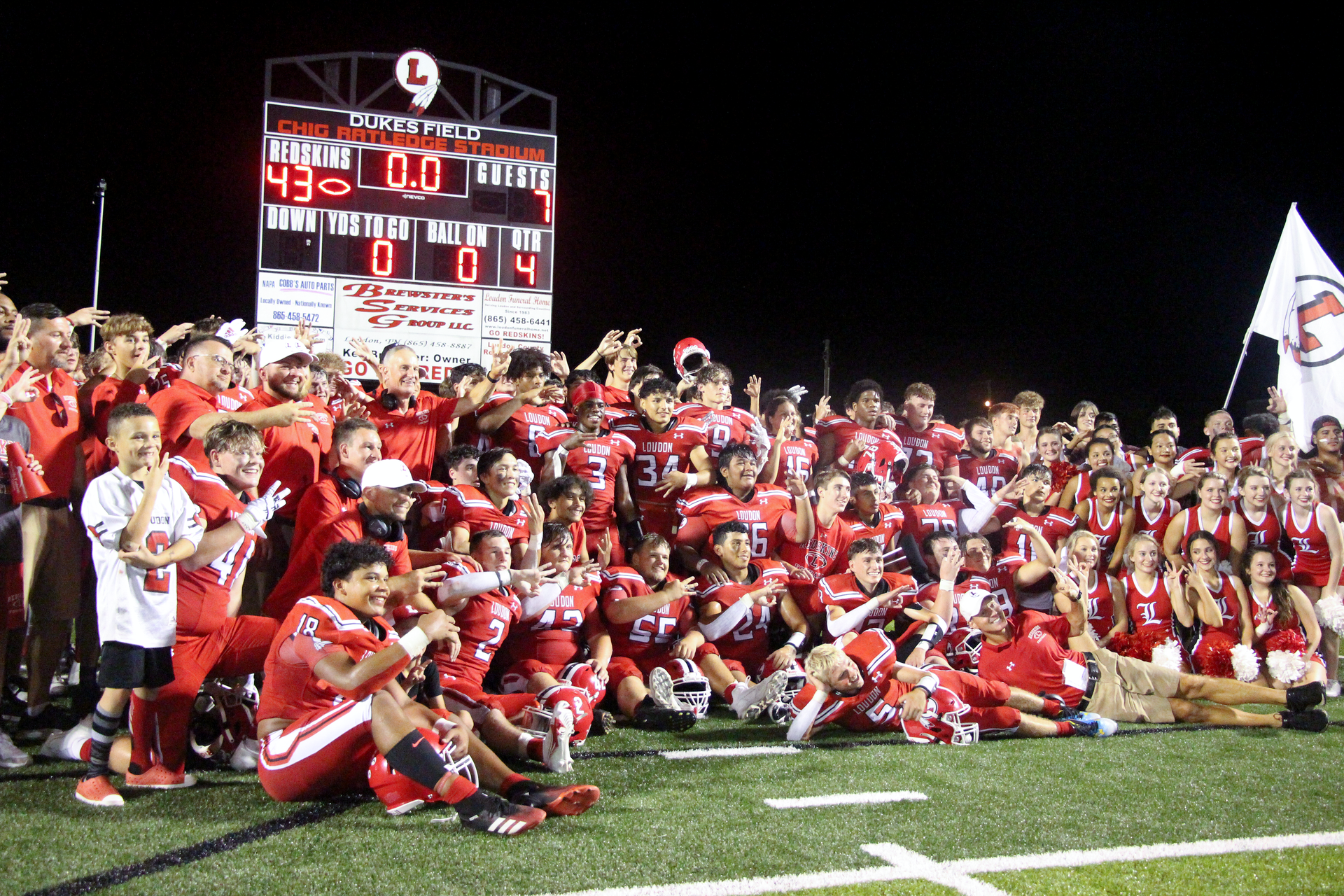 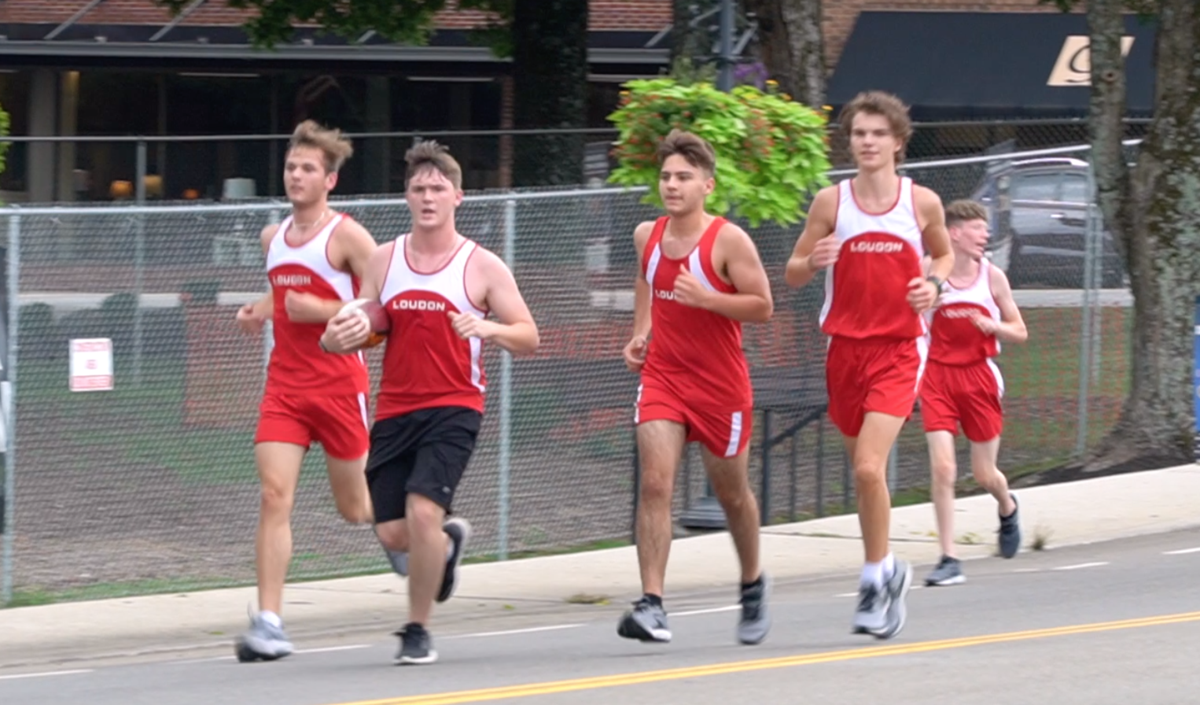 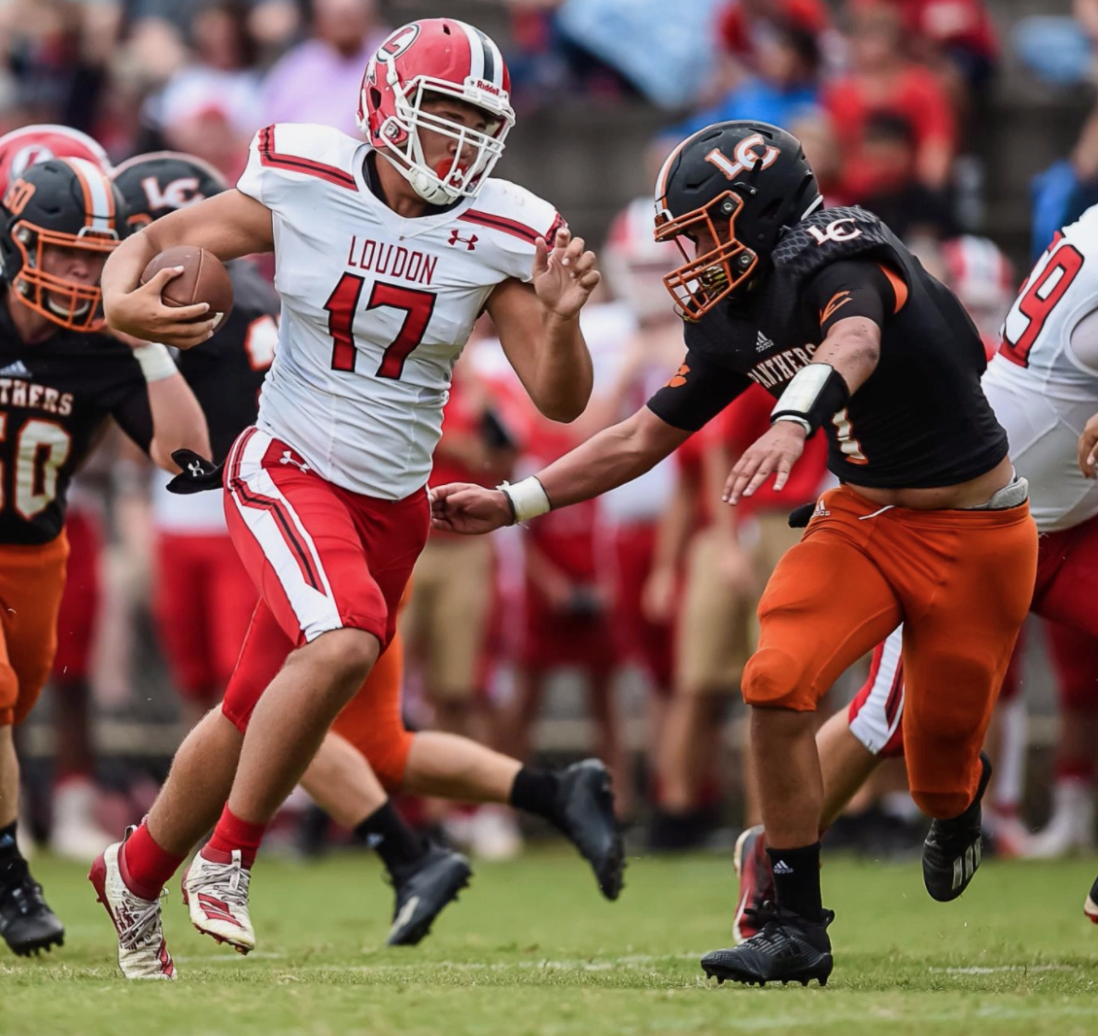 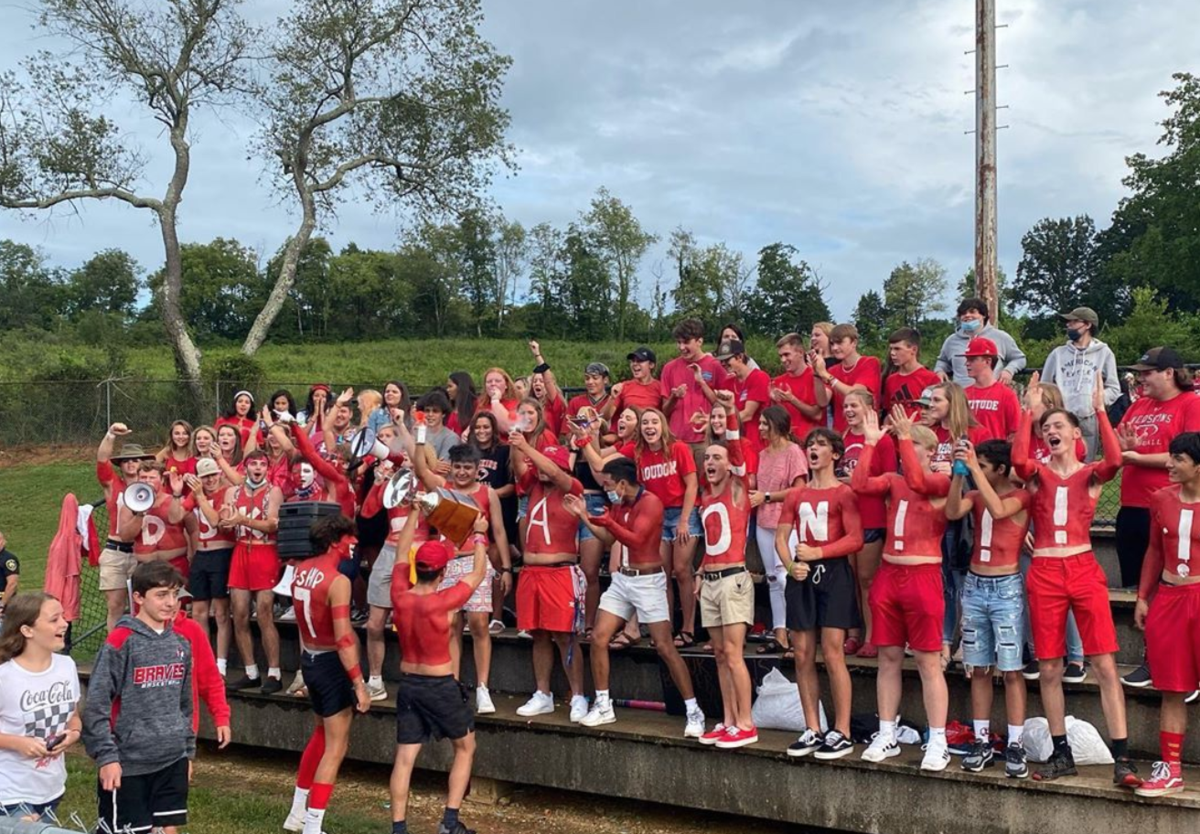 Redskin Nation cheers on the team at LC 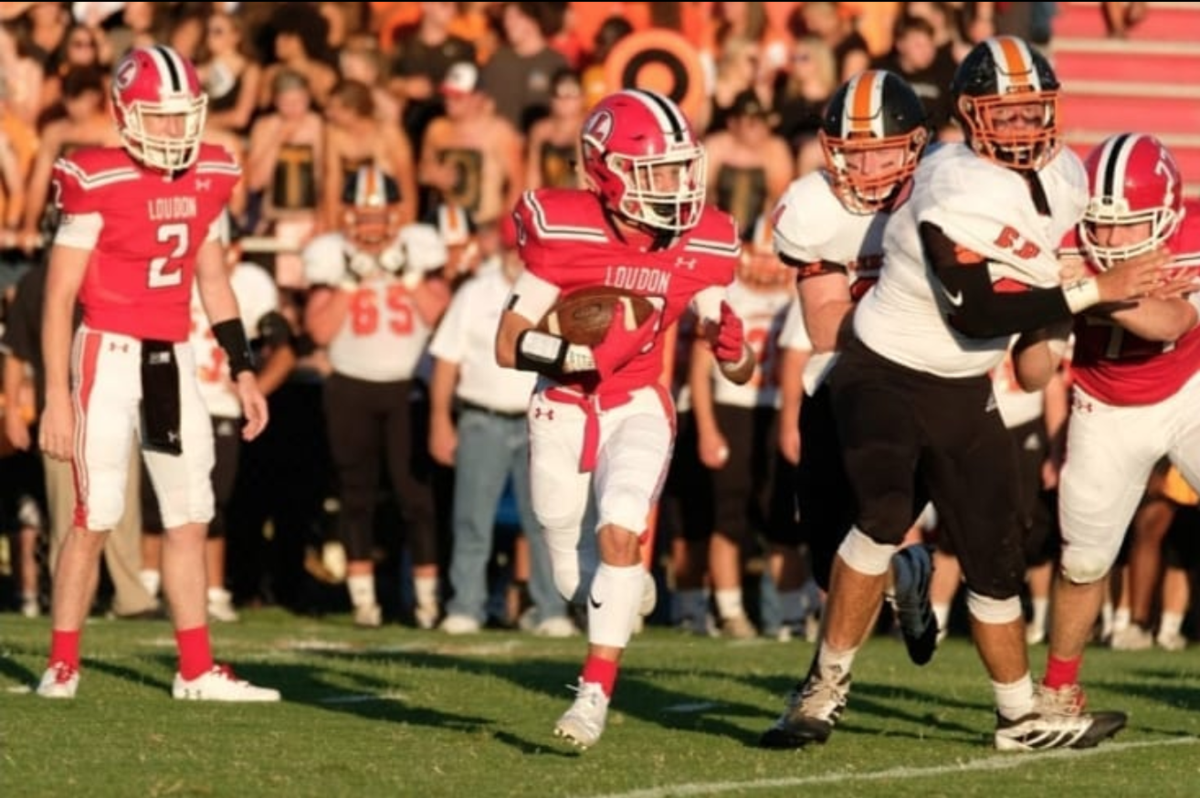 Lunsford on the carry 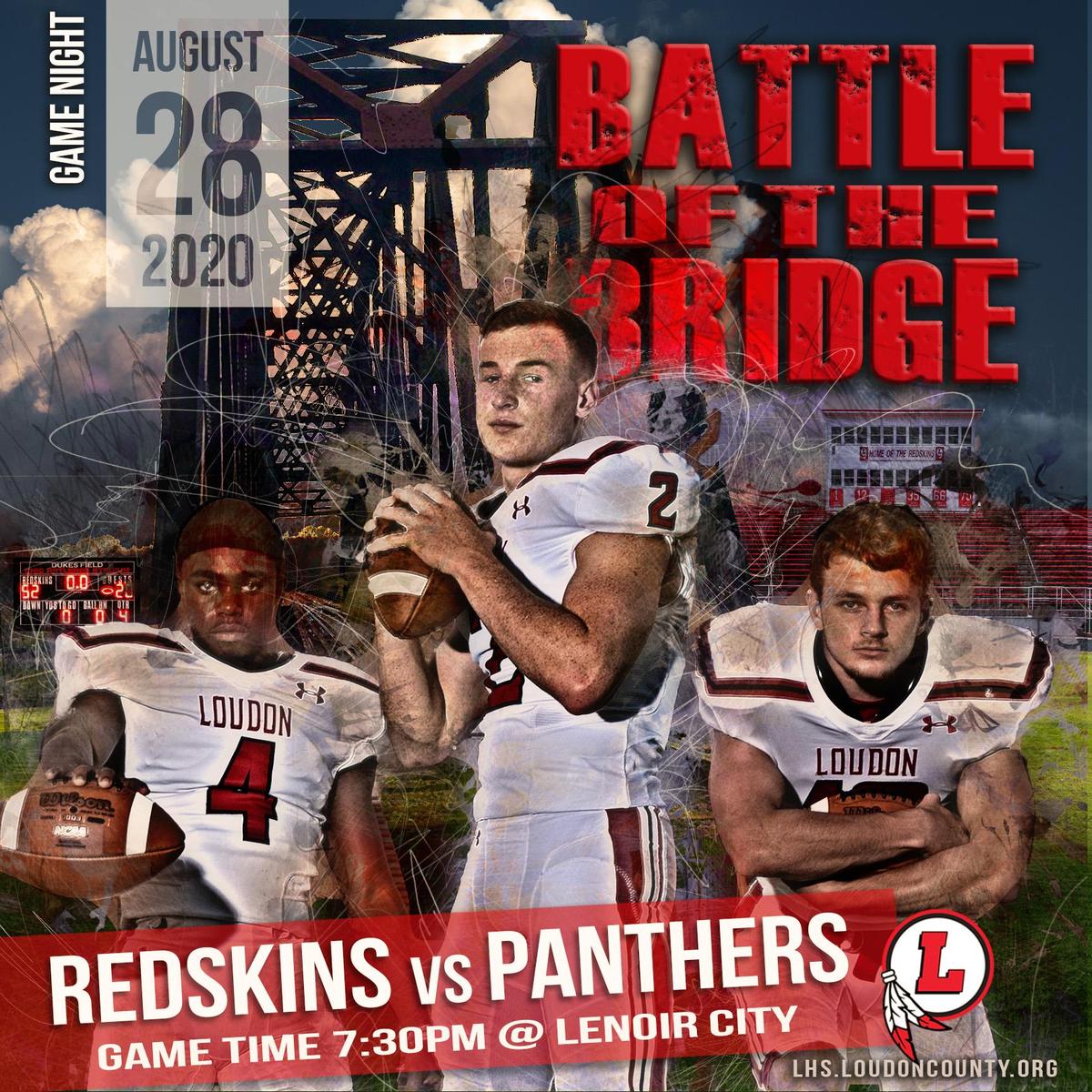 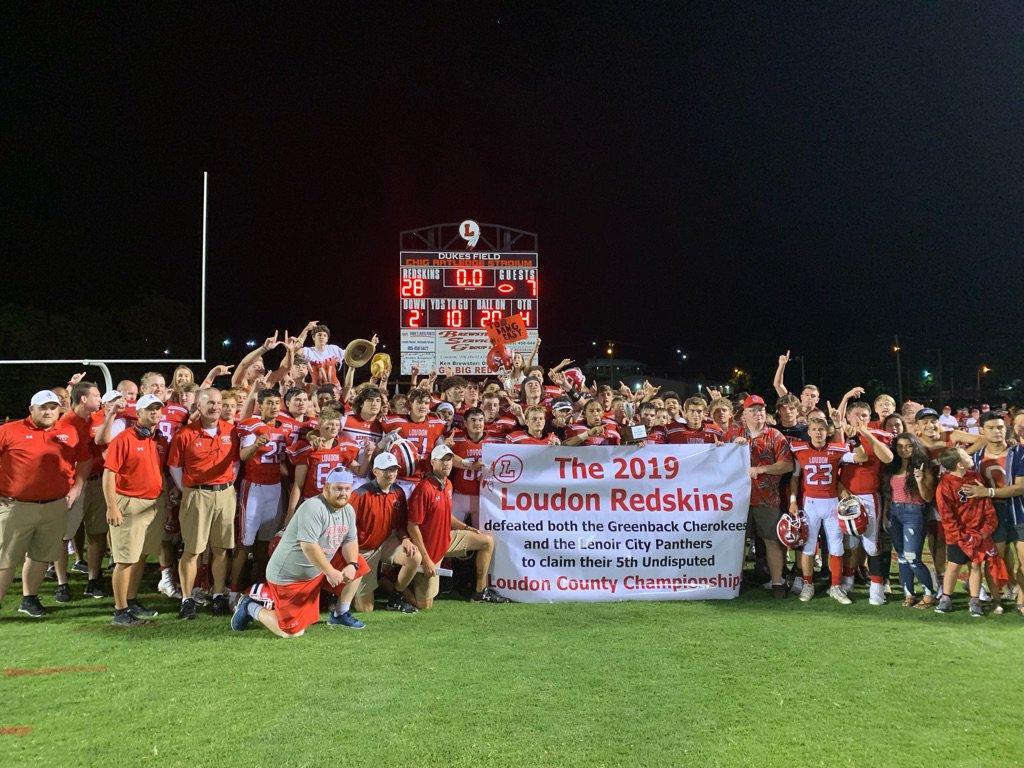 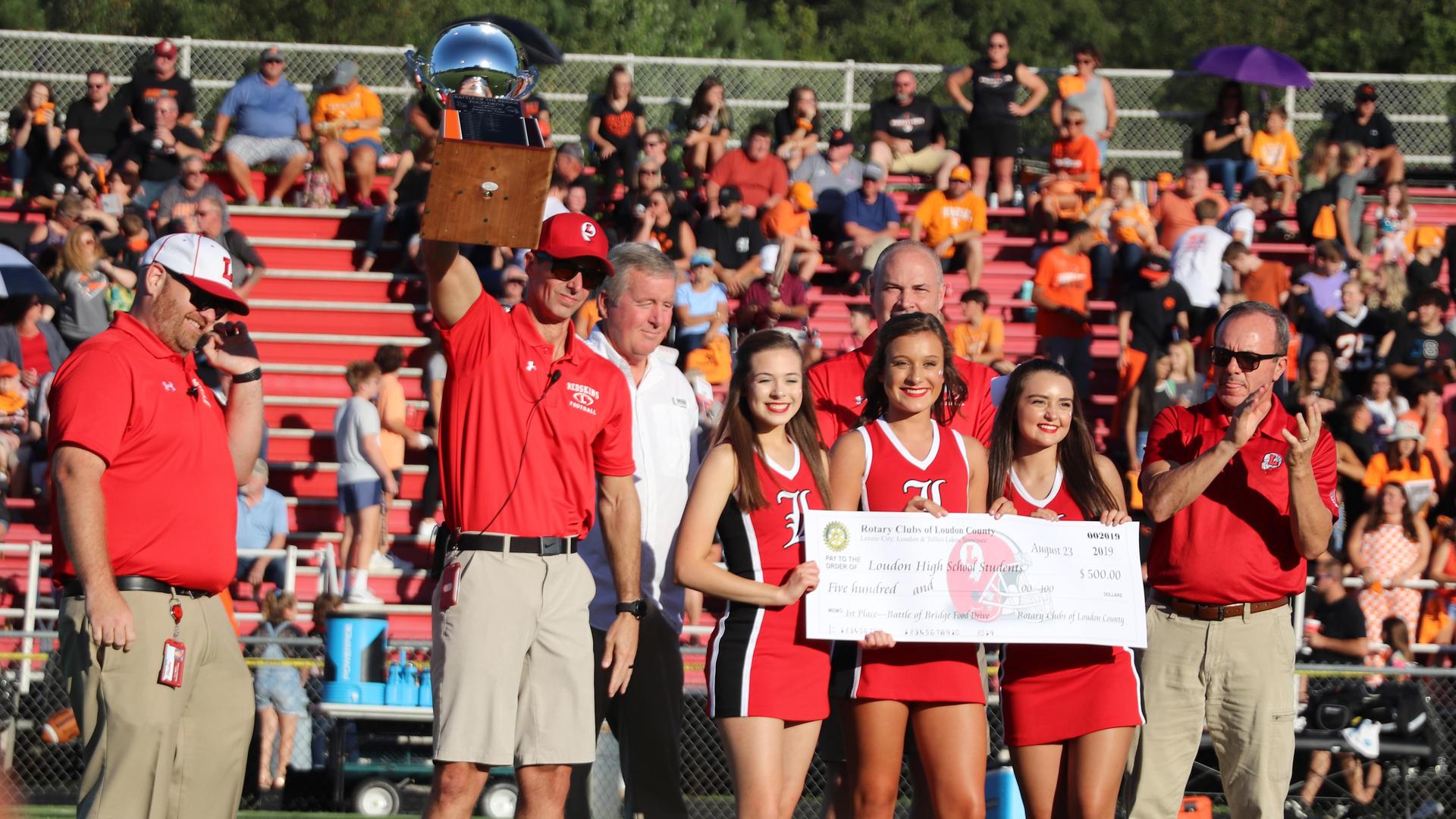 Loudon wins the Good Samaritan Food Drive 2019
Largest collection in the history of the event. 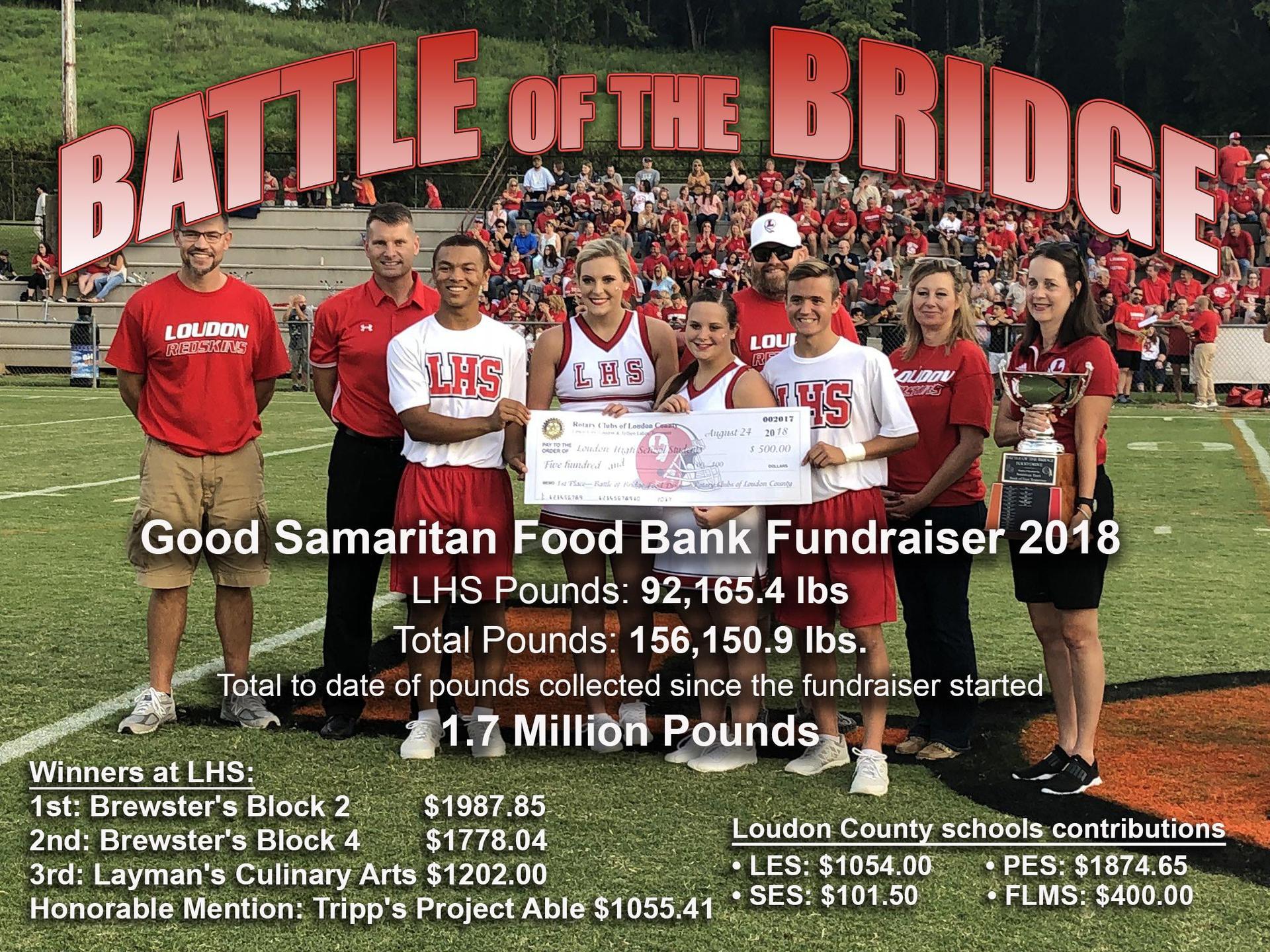 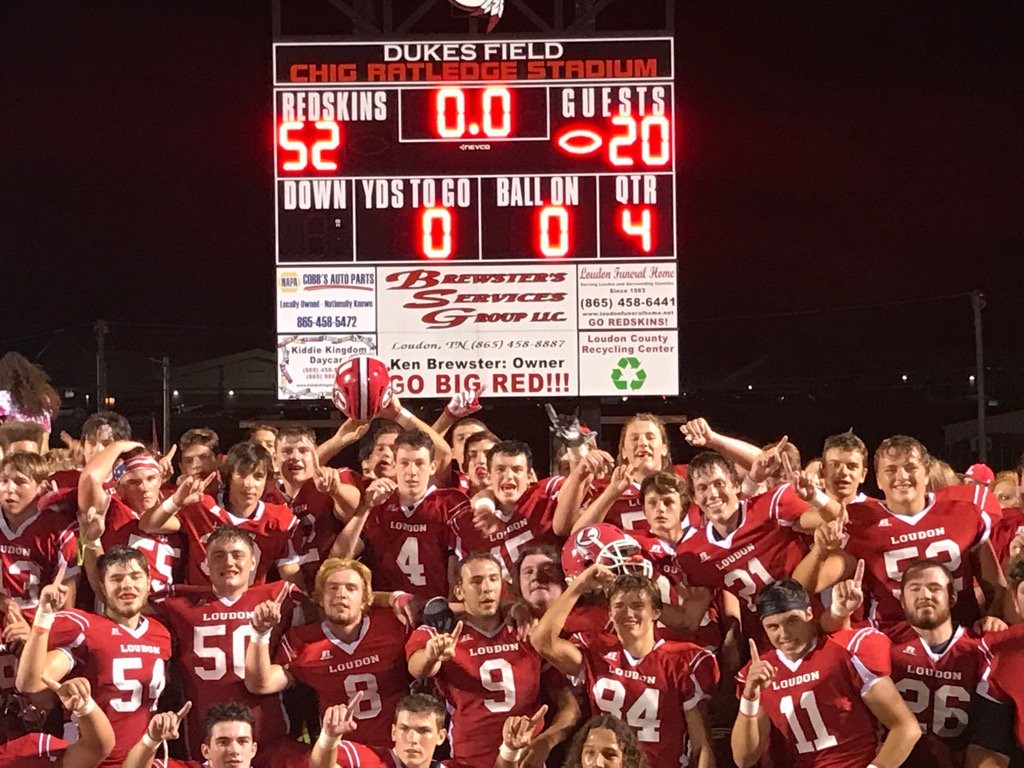 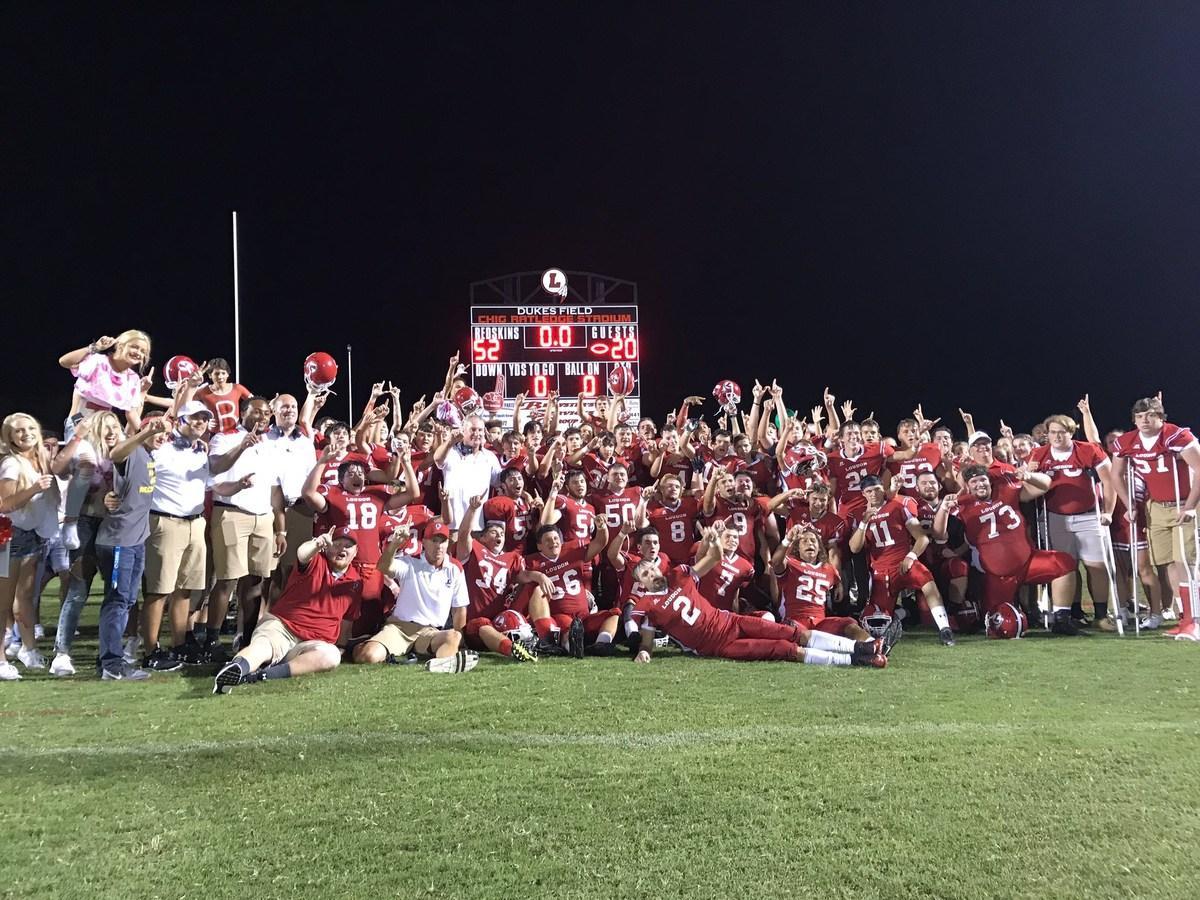 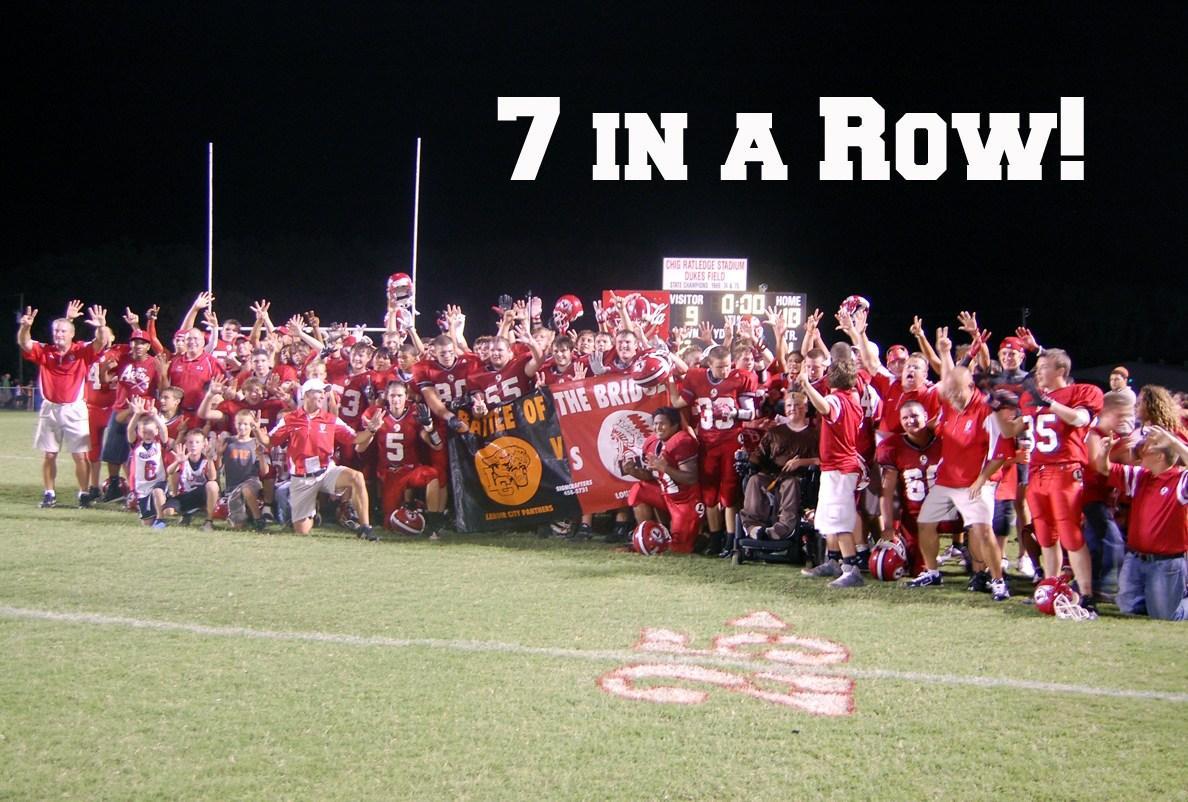 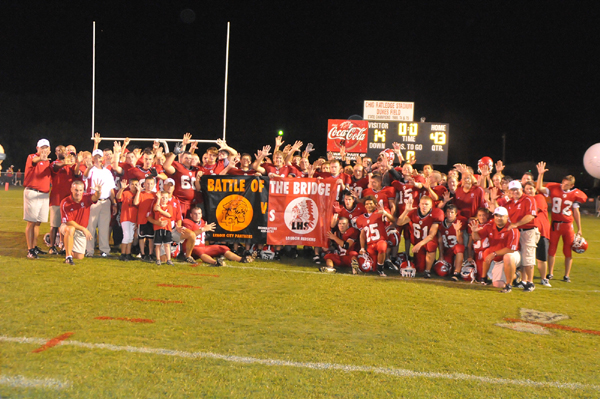 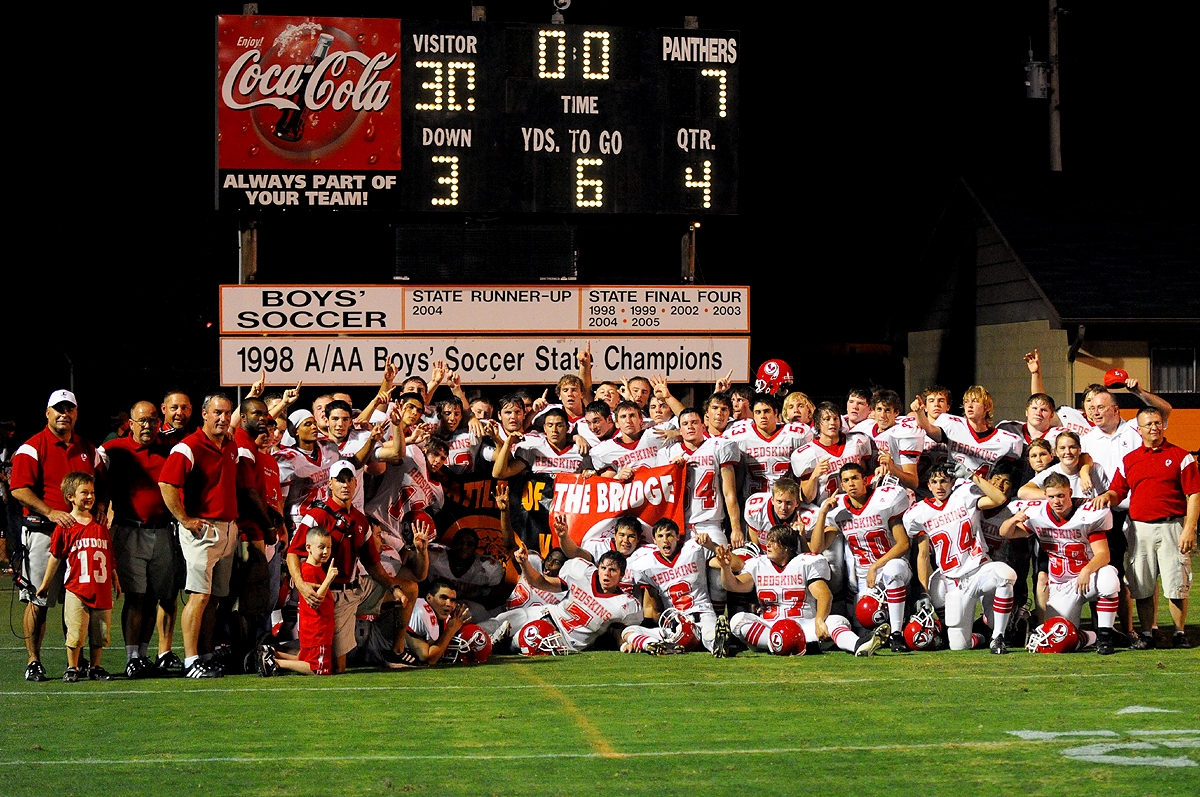 2008 Redskins beat the Lenoir City Panthers on their home field. 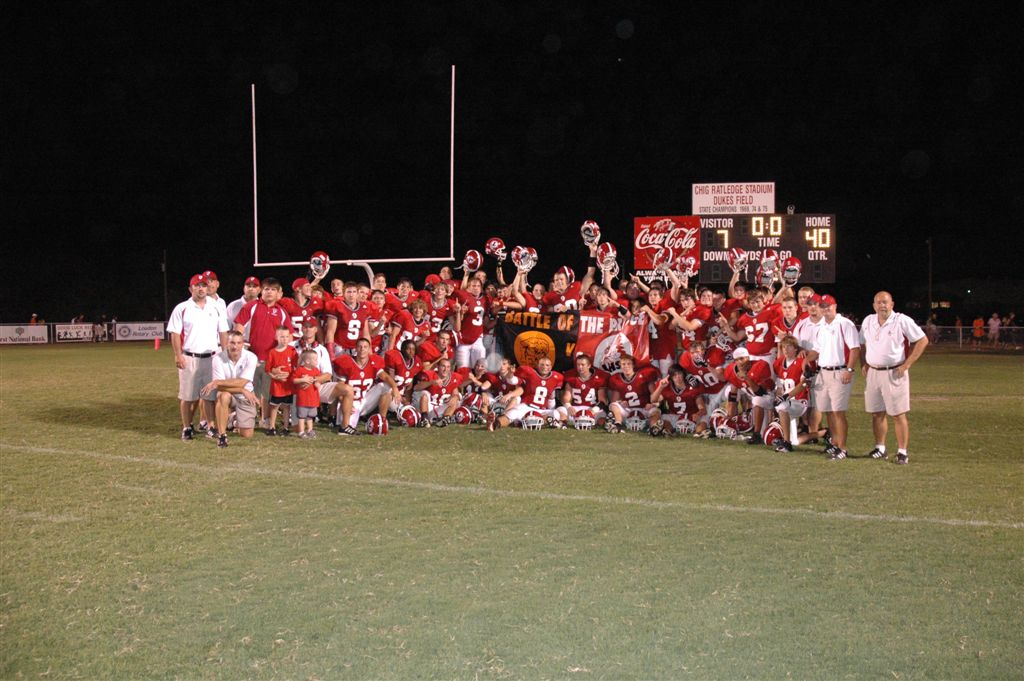 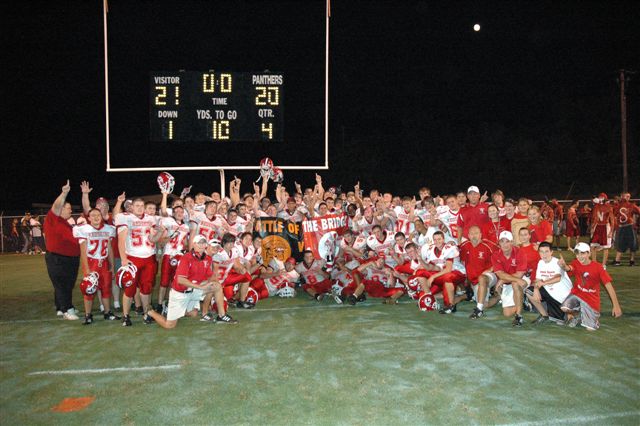 2006 Redskins beat the Lenoir City Panthers on their home field. 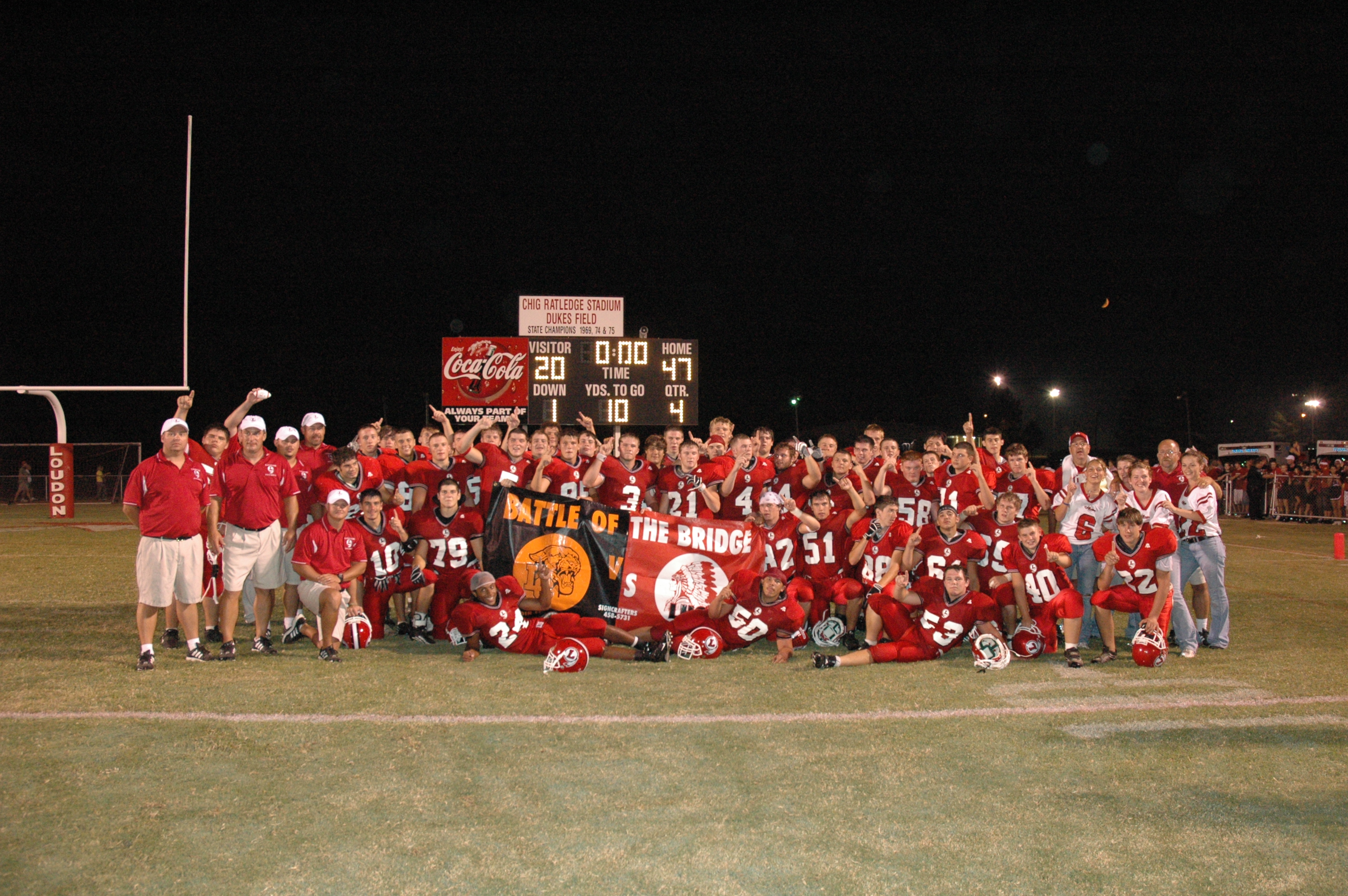 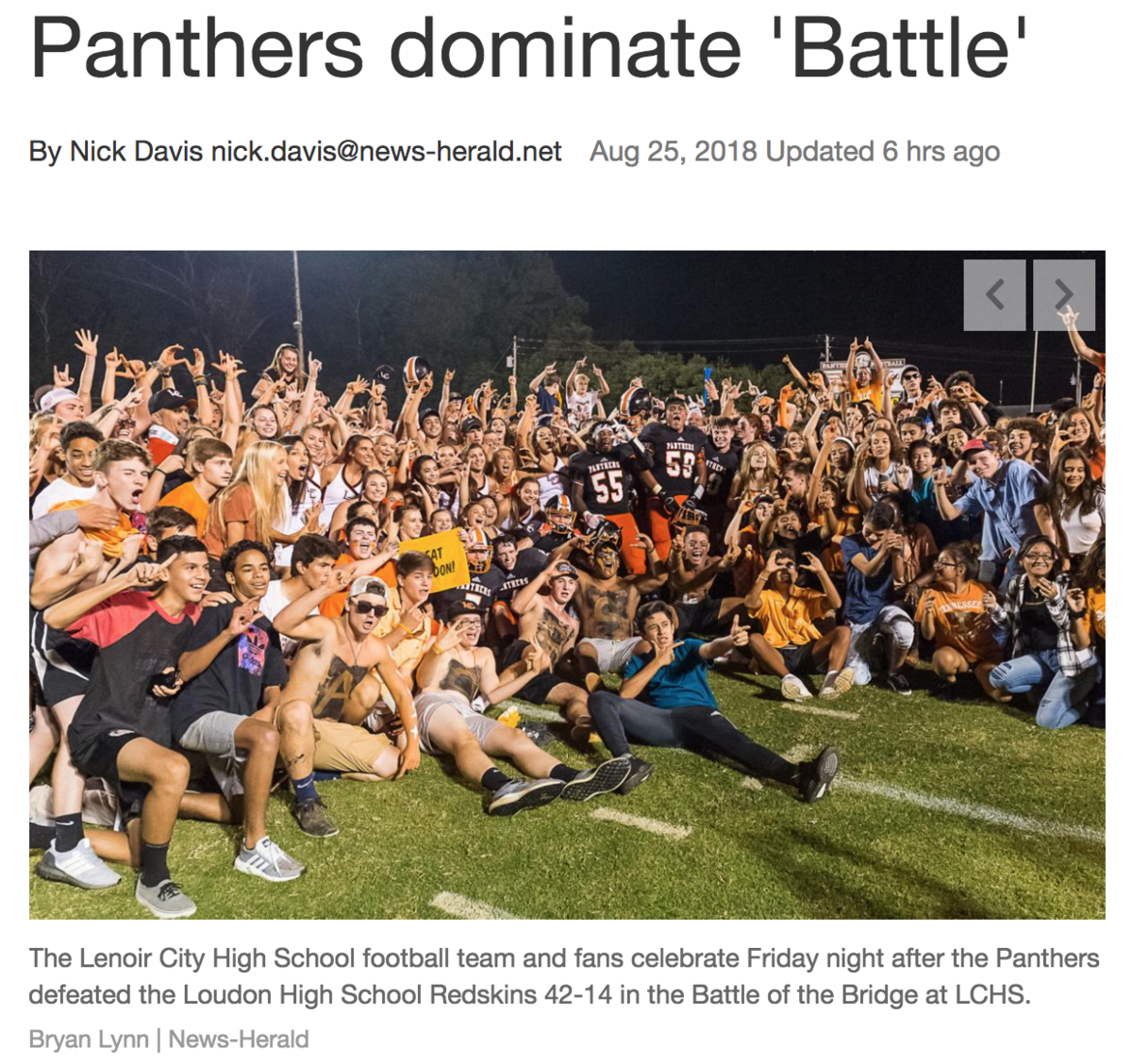 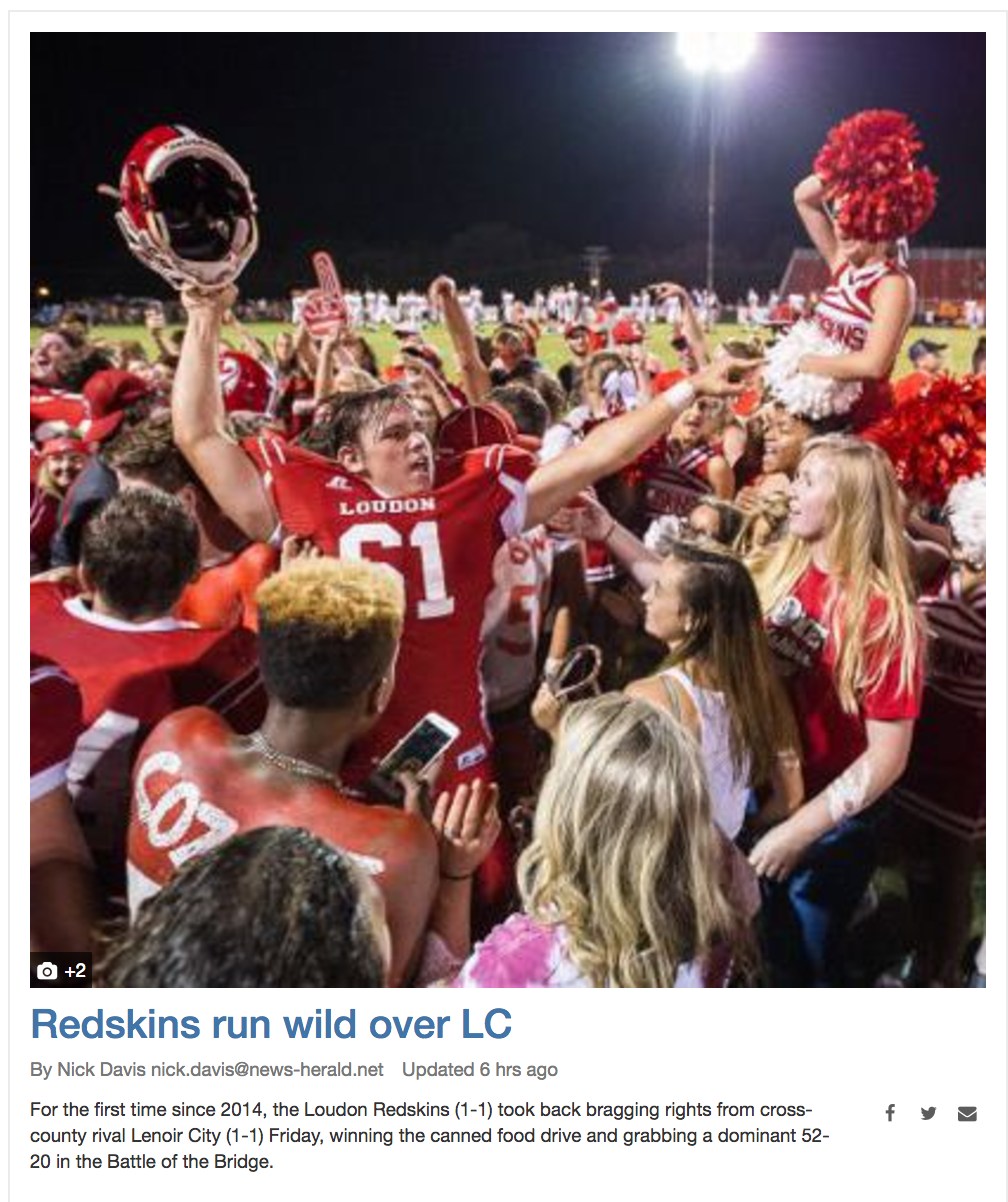 In the beginning the two schools liked to play pranks on each other. But eventually everyone wanted the pranks to stop.
So the student counsels from each school met in 1995 to find a solution and the Battle of the Bridge rivalry was born.
They had to have something to call it so they named it the "Battle of the Bridge" because the bridge was the center point between the two cities. The students had three main ideas that they wanted the competition to include:
1.) A large banner with both teams names and mascots was created and the winning team of the game that year kept the banner at their school till the next game.

2.) A special football painted half red/white and half black/orange would be used at the first kick off of each game and if a player ran the football for a touchdown on the first kick-off the players name was written on the ball. Only one player, DeAndre Miley, ran the ball back for a touchdown in 2007 and has his name painted on the football.
3.) The football would be carried by a group of student runners from the visiting school across the bridge and to the home field where it would be handed off to the game referee.
About 10 years ago an additional competition was added, the Good Samaritan food drive. The schools collect money and canned goods to donate to the Loudon Co. Food Bank. The school that collects the most pounds per student wins a trophy and a check for $500.00. The trophy is housed at the winning school until the next game.

There was a brief interim period of about 5 years when the teams didn’t play one another because things got real heated. In spite of that brief moment in time Loudon has played Lenoir City 88 times, more then any other school in the history of their football program. Loudon has won 48 times and Lenoir City has won 39 times. In all 88 games there has NEVER been a tie! There has been one over time game and that was in 1988 but Loudon won. Loudon also holds the record for the longest winning streak in the rivalry with 7 in a row from 2005 to 2011. The streak was broken in 2012.